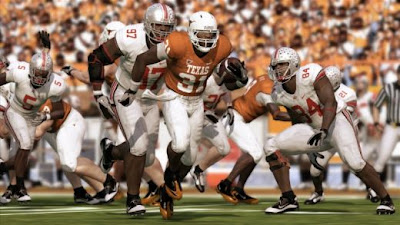 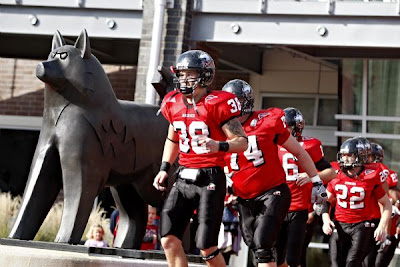 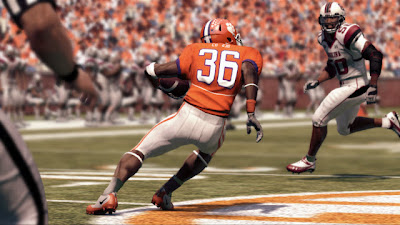 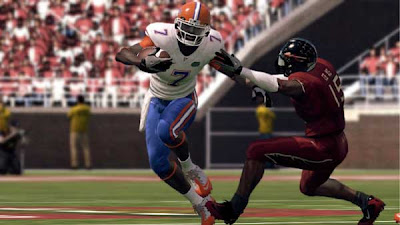 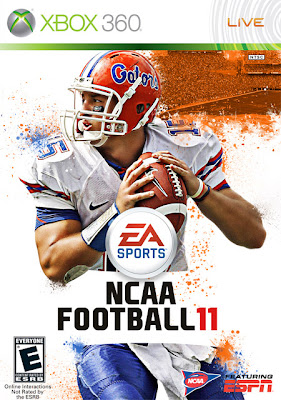 I love NCAA football – Way more than NFL because these guys are playing their asses off for their pride, the school and the chance at getting rich and playing like the rest of the lazy thugs in the NFL. Every year I look forward to the updated release of this title. Being the little brother to Madden, it’s no surprise that the game feels like it’s been neglected some in the last couple years.
The incredibly fun “Road to Glory” mode that, has you controlling a high school superstar to college star status, received no new features or attention. This is sad because this mode is incredibly satisfying and a lot of fun but it’s a little less so this time around because it’s got the “Been there done that” feel to it. Even the incredibly hot Erin Andrews videos are the same and she’s even wearing the same outfit – Come on EA, quit effin with us. That’s rather insulting.
The dynasty mode is still fun and even slightly more engaging to a small degree with the recruiting allowing you to woo your prospective players away from your competition by making phone calls and planning visits. Only problem seems to me after playing 3 championship seasons, I still don’t have a higher level of prestige as a coach nor am I able to access some of the other points to discuss with players. Not sure what a guy needs to do to make this work better but it’s starting to get a little irritating. What else does a guy need to do to get more 5 star players to come play for his school?
The gameplay itself is by and large untouched which isn’t a bad thing. There have been some minor adjustments to the running game but I didn’t find it to be that bad anyway.